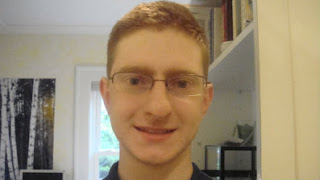 Everyone knows what it feels like to be made fun of – belittled, embarrassed, humiliated – but has it been so extreme that you actually contemplated ending your life because the shame was so heavy that suicide was the only option?

In September alone, four people were literally, bullied to death. All were believed to be victims of anti-gay bullying are now dead. How many other unknown teens are pushed to the limit, and take their lives?

This weekend, friends, family and strangers said good bye to 18-year-old Rutgers University freshman, Tyler Clementi, whose intimate encounter with another man was streamed live on the Internet by his roommate and another student. These two people, who allegedly provided the video content and splattered it on the Internet, probably thought it was funny – it was not. Tyler is dead. Police say three days after the video was broadcast, Clementi jumped off of the George Washington bridge. The two face legal, moral and consequences, including invasion of privacy and possibly up to five years in prison.

With easy, powerful technological advances and the Internet at our fingertips, someone’s life can be destroyed by the click of a mouse. I believe that everyone has the power to be more responsible. We have the power to teach the youngsters in our lives that teasing, taunting and terrorizing others is not acceptable.

Please read and share this story of how we can inspire compassion and tolerance. It’s about how two teens utilized the Internet and the Power of Pink to combat bullying…
A few years ago, two Canadian students, were moved to action after hearing about the bullying of a freshman at Central Kings Rural High School in Nova Scotia. The victim, a 9th grader, wore a pink polo shirt on his first day of school. According to CBC News, student bullies called the boy a ‘homosexual’ for wearing pink and threatened to beat him up.”

When seniors, David Shepherd and Travis Price heard about the news – something clicked… they were moved to make a difference. The two started a “Sea of Pink” campaign and using social networking to spread the word. They went to a discount store and bought 50 pink shirts, and mass emailed their friends urging them to wear them in solidarity the next day.

“I just figured enough was enough,” said Shepherd.
The anti-bullying message created a wave of support. A sea of pink took over the classrooms and hallways. Hundreds – not just 50 – students came out decked in pink: polos, tees and tank tops.

The duo who led this sea of change say when the bullies student saw the support, it was a powerful moment. He blushed and smiled.

“Definitely it looked like there was a big weight lifted off his shoulders. He went from looking right depressed to being as happy as can be,” said Shepherd.
As for the bullies – no one has heard a peep from them since.

The boys dubbed their campaign “Sea of Pink” support.

Talk show host Ellen DeGeneres posted a video in response to Clementi’s suicide and the other recent tragedies.

“My heart is breaking for their families, their friends and for our society that continues to let this happen,” said DeGeneres, (in a not-her-usual) melancholy tone. “These kids needed us. We have an obligation to change this. There are messages everywhere that validate this kind of bullying and taunting and we have to make it stop. We can’t let intolerance and ignorance take another kid’s life.”

Just like the Internet, your words and actions could spread the good and bad – They hold the power – you choose how to use them. Please use them wisely and take a moment to share this empowering story with a youngster in your life.

My childhood could be summed up with one word: shame. I was ashamed because we were so po’. Yes I

I was honored to have one of my fave design websites, Apartment Therapy, do a tour of my storied San Francisco apartment and share my story,

A Short, Easy, Effective Exercise to Find Your Passion

People often ask me, “How do I find my passion?” Here’s an exercise to help you find your work and purpose in life.

How to Ring in a Safe and Meaningful New Year

Daylight Saving Time, A Reminder to Tap Into More Abundance

What Pillows Taught Me About Snapping Out of My Creative Rut