What’s the first word that comes to mind when I say the words, “Compton, Calif.”?

A hood that’s up to no good? OK, not fair, that’s more than one word. It’s also not a 100 percent fair representation of Compton. I recently met an aeronautical angel in this city, about 16 miles south of Los Angeles, who, for the past 15 years, has helped more than 2,000 kids earn their wings. 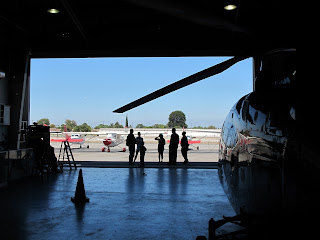 Robyn Petgrave, founder of Tomorrow’s Aeronautical Museum (TAM), is using aeronautics to get at-risk youth in Compton off the streets and into the air — educating, inspiring and empowering them to soar high and reach their dreams. Starting at age eight, kids who stay out of trouble, get good grades and have positive attitudes earn the privilege to fly planes. 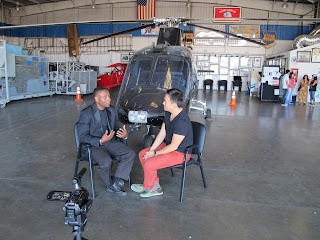 “I talked to the kids about staying away from drugs and gangs, communicating, using aviation as a real life application of math and science, and working hard in school and life. As I noticed that some of them listened and followed through, I realized that I wanted to help kids succeed using aviation as a magnet to keep kids off the streets for a living,” Petgrave said. 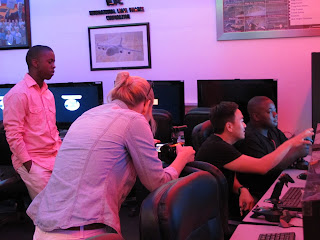 As the founder of Celebrity Helicopters, a flight school and tour company, he still felt empty. He’s rubbed elbows with celebrities, garnered media recognition and even got the attention of Oprah. But what he’s most proud of is the title of “role model” to more than 8,000 kids at more than 21 different schools where he’s been a guest speaker.

Jump in and take a look at our Go Inspire Go video and come along for an inspiring journey. Fasten your seat belts — I promise your spirits will soar when you hit play.

After spending the day with several TAM kids, I was on a high. I was most impressed with the kids’ maturity, their willingness and duty to give back and responsible demeanors. Many TAM alum, like James Knox, are giving museum tours to the public and mentoring newcomers. Way to pay it forward! 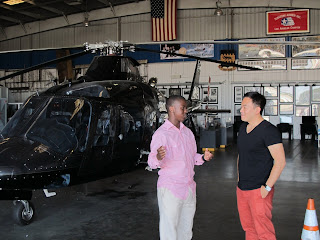 It’s interesting to witness how the kids were drawn to TAM because of the planes, but it’s clear that they’re just a vehicle that gets the kids in the door and cockpit. Petgrave says there’s a tremendous amount of responsibility when you fly a plane, life skills that can be transferred from the air and to the streets. 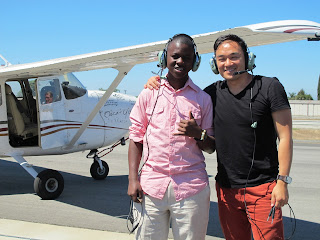 I was lucky enough to be flown by James high above downtown Los Angeles. That’s when it occurred to me — what if we all took time out of our day to spend time with the youth, to tell them “YOU matter.” To what new heights would this child take us in our lives and our society?

Robyn and the kids told me many sordid stories — both heartbreaking and harrowing — of kids who’ve come through the doors with no hope. “Gangs, shootings…” says teen Cinthya Hernandez who found her calling and life’s purpose after meeting Robyn and the other TAM kids.

“One of the kids got shot in the leg right in front of his house for no apparent reason,” Robyn explained.

What’s next for Robyn and his kids? He’s joining forces with NASA’s SpaceX program. His dream is to send one of his TAM kids to space! Something tells me this out of this world idea will become a reality in the near future. Cinthya shared her favorite quote with me. “Why shoot for the stars, when you can go to the moon?”

High five to Robyn and his crew for taking these amazing kids under his wing and catapulting them past the sky’s limit. What a great way to use his power and fueling the dreams of these bright kids and challenging them to soar to new heights.

1) Learn more about Tomorrow’s Aeronautical Museum: Tamuseum.org
2) Use your power to support TAM
3. Mentor a Child in Your Community. Inspire them to follow their passion.

What can YOU do?

*Thank you Connie Chan Wang for introducing GIG to TAM!

PrevPreviousSowing the Seeds of Compassion in YOUR Kids
NextGIG Social Good Spotlight: Girls in the GameNext

Why This Non-Sports Fan Was Shook by Kobe’s Death